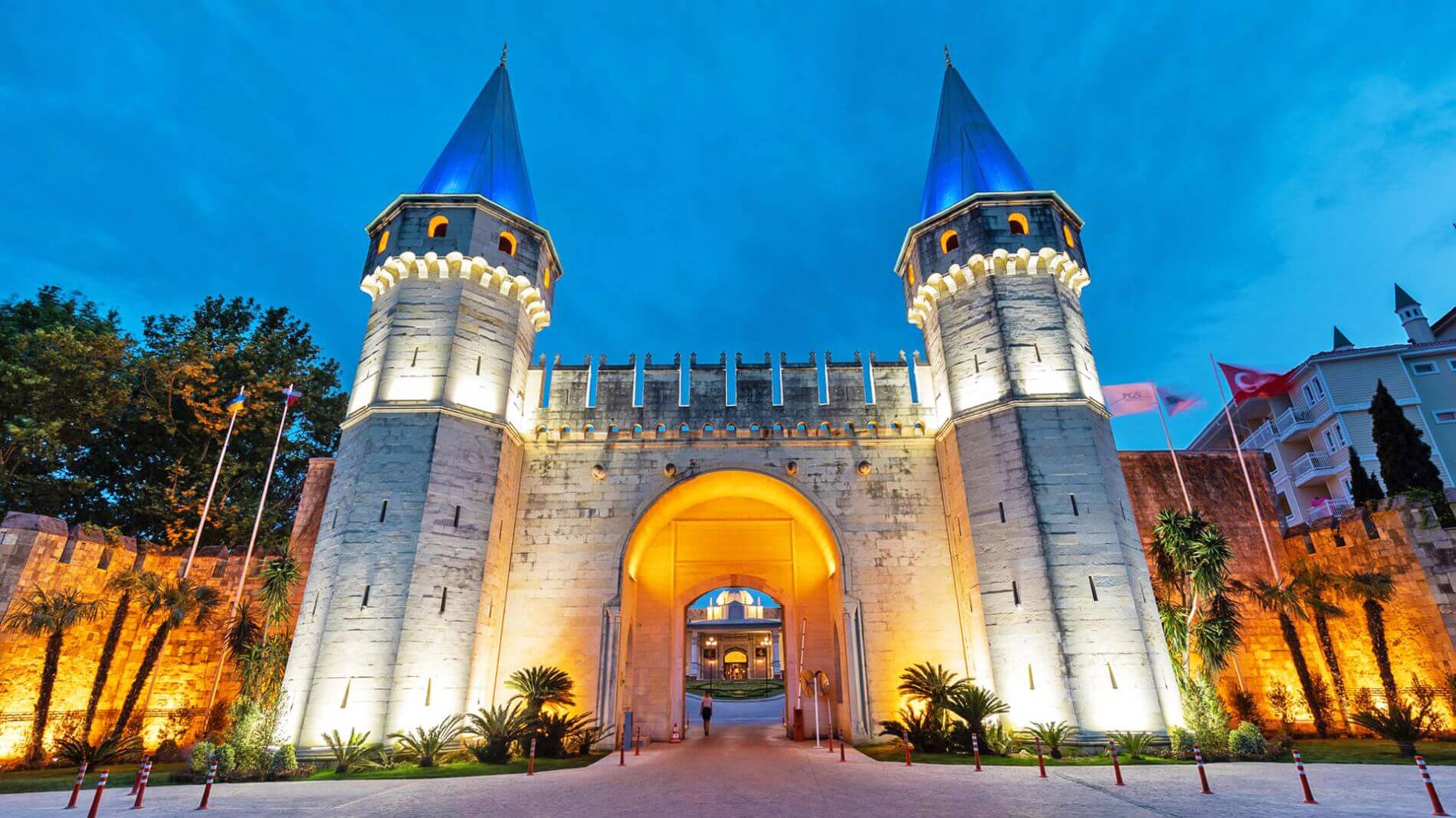 Meet your private tour guide in your hotel or port and start your Istanbul tour with the highlights of the city;

The excursion starts with a pick-up from your Istanbul hotel or port and a walk through the lively streets of Turkey’s largest city to visit the dramatic former basilica of the Hagia Sophia, great architectural beauty, and an important monument during the Byzantine and Ottoman Empires.

For many centuries, this was the largest church in the world, and it still boasts the 4th largest dome after St. Paul’s in London, St. Peter’s in Rome, and the Duomo in Florence. Dedicated to the Hagia Sophia or ‘divine wisdom’, it is one of the greatest surviving examples of Byzantine architecture.

Move on to the Blue Mosque, more officially known as the Sultanahmet Mosque. The mosque’s striking blue tiles give it its more common name and make it one of Istanbul’s most iconic attractions. Located close to Topkapi Palace, Sultanahmet Mosque was considered the Supreme Imperial Mosque in Istanbul.

Continue to Topkapi Palace, a relic of the glory days of the great Ottoman Empire. The former palace boasted a population of about 4,000 people at its peak and was home to 25 sultans over a period of 400 years. Located on a promontory overlooking the Golden Horn, it sits in tranquil gardens that provide shade from the blazing heat of the summer. Pop into the museum to see the gorgeous Iznik tiles and the ornate stateroom of the harem, among other attractions.

You will also visit the Hippodrome, the former circus built in 203 AD by the Roman Emperor Septimus Severus. Three monuments from the original building remain, including the Egyptian Obelisk, the Serpentine Column, and the Constantine Column. You will also pause to look at the German Fountain of Wilhelm II, made from 8 marble columns.

Your day won’t be complete, however, without a visit to the Grand Bazaar, one of the largest and oldest covered markets in the world. With hundreds of small handicraft shops selling everything from handmade carpets to Turkish coffee, the atmosphere is electric, and it’s a great place to try out your bargaining skills.

The spice bazaar is located in Fatih. It’s known as the Egyptian Market because, during the Ottoman period, Egyptian exports were sold there. The Bosphorus is a narrow, navigable strait between Europe and Asia that connects the Black Sea to the Marmara Sea. Rumeli and Anadolu Fortresses are located at the narrowest point of Bosphorus. There are also magnificent Ottoman palaces and mosques along the Bosphorus. Keep an eye out for them!

Built in the 19th century, Dolmabahce Palace was the administrative center of the Ottoman Empire and housed some of the last Ottoman Sultans. The palace site was created by filling in the small bay on the Bosphorus. This gave rise to its name, in Turkish, Dolma means ‘filled’ or ‘stuffed,’ and bahce means ‘garden’.

Istiklal Street is brimming with life. There, you’ll find a plethora of shops, restaurants, and bars. From there, it is a 2-kilometer walk down to the Tunel Galata Tower area.

Suleymaniye Mosque, rather than a mosque, is an important historical symbol for the Turks. The architect was the greatest of Ottoman architects, the incomparable Sinan.

Fener and Balat Districts, Formerly Istanbul’s Greek Orthodox and Jewish neighborhoods, today Fener and Balat are known for their dilapidated yet beautiful old houses and hidden churches. In recent years, the area has also become a popular spot for new and younger businesses with new openings popping up at a constant rate

St. Stephen Church (Iron Church) the Bulgarian Orthodox Church of St. Stephen of the Bulgars (Sveti Stefan) on the Golden Horn in Balat, is made of cast iron. It was cast in Vienna, floated down the Danube on 100 barges, and bolted together here in Istanbul in 1871.

Pierre Loti Hill is a great leisure and tourist area with an open-air cafe overlooking the Golden Horn with beautiful views. The hill is about 55 meters from sea level. Taking its name from a famous French novelist and traveler, who lived in Istanbul and spent most of the time here, the hill is accessible by a nice cable car trip.

Those prices are  total for parties, not per person.