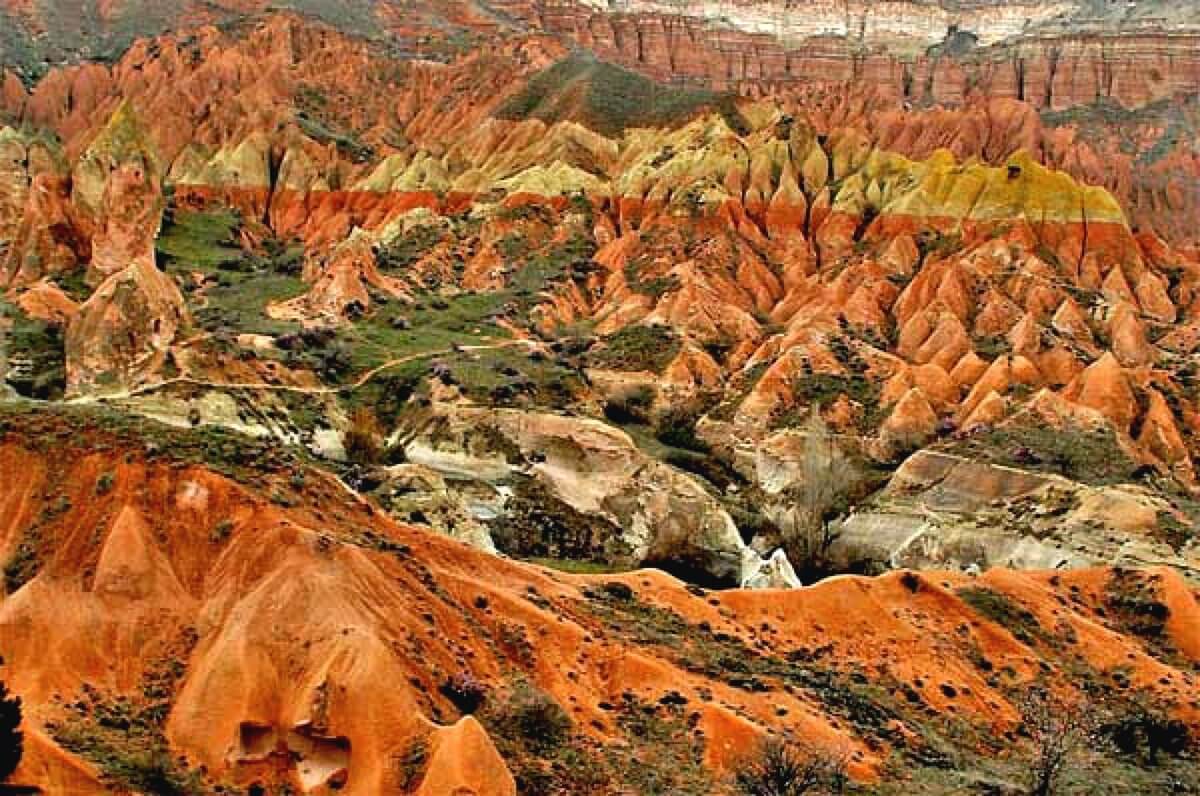 Meet your tour guide in your hotel  and start your Cappadocia tour with the highlights of the city;

DAY 1:Goreme Panorama is a panoramic point where you can see a wonderful view of Goreme town with its spectacular cave houses.
Goreme Open Air Museum is the first and biggest monastery where this religious education was started. You will visit the churches, chapels, and monasteries carved into the fairy chimneys with frescoes painted on the walls from the 10th to 13th Centuries. In the 4th century three important men created a new unity here they are the Great St. Basil, bishop of Kayseri, his brother St.Gregory of Nyssa, and St. George of Nazianus.

Pasabaglari (Monks Valley) Many fairy chimneys with multiple stems and caps can be found here, this style being unique to this area. A chapel dedicated to St. Simeon and a hermit’s shelter is built into one such fairy chimney with three heads.
Devrent Valley has various types of fairy chimneys. Among these are those with caps, cones mushrooms like forms pillars, and pointed rocks. With the action of smaller, secondary volcanoes and the action of rivers, wind, and floodwaters, this layer of tuff has slowly but steadily been eroded to produce the rock formations known as “fairy chimneys”. we will take a walk through this amazing valley.
Uchisar Castle is the highest point in the region. The castle and its surroundings used to be the most populated area in this settlement to survey the enemies. The top of the citadel provides a magnificent panorama of the surrounding area.
Pigeon Valley is a panoramic viewpoint where you will see the pigeons and pigeon houses that were used to keep pigeons in order to collect their dropping for fertilizing the earth, especially vineyards.
Avanos is known for pottery, a craft dating back to the Hittite period. The red clay which is worked by local craftsmen comes from the residue in the Kizilirmak River. The Kizilirmak, which divides Avanos, is the longest river in Turkey.

At the end of the day transfer back to your hotel.

DAY 2:Uchisar Castle is the highest point in the region. The castle and its surroundings used to be the most populated area in this settlement to survey the enemies. The top of the citadel provides a magnificent panorama of the surrounding area.
Kızılçukur is a valley called Rose valley as well because of the red colors of the rocks. This is one of the best valleys for hiking in the area (3,5km). Kızılçukur was also used by Christians at the end of the 5th century, so you will explore the cave dwellings and old churches. The colors also change up according to the daylight. It is the best place to see the sunset.
Cavuşin this village is one of the ancient settlements in the early period of Christian having the oldest church of the region dating back to the 3rd century. It was exactly settled like a big town where you see lots of cave rooms used as living rooms, sleeping rooms, kitchens, wineries, etc. All these are waiting for you to explore where cave houses collapsed because of a landslide in 1960 which has a gorgeous view.
Love Valley called originally White Valley offers you a wonderful view with its funny shaped fairy chimneys.
Underground City (Özkonak or Kaymaklı) is the most interesting one in the region among 36 other ones which were first used by Hittites and later by Christians as a shelter during Roman persecution times. By carving lots of rooms all connected with tunnels, they lived in here when the cities were invaded by enemies. you have a chance to see the rooms, food storage church, and kitchens. Chimneys and defense systems used in the underground city will surprise you during the visit.
Pigeon Valley is a panoramic viewpoint where you will see the pigeons and pigeon houses that were used to keep pigeons in order to collect their dropping for fertilizing the earth, especially vineyards.

Hotel pick-up and drop off by guide