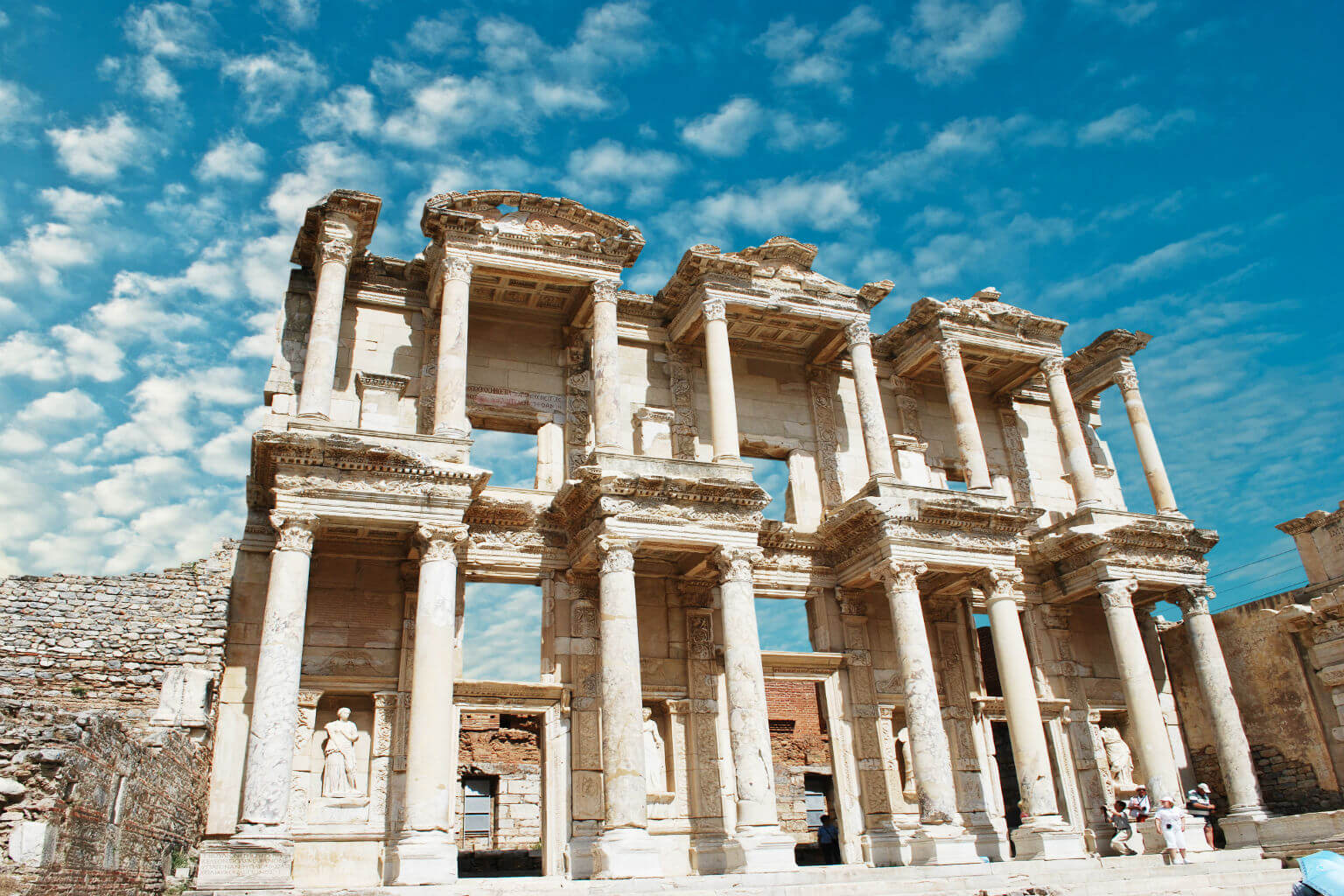 Meet your tour guide in your hotel and start your Ephesus tour with the highlights of the city;

Ephesus is one of the most important ancient cities of the world and it is a UNESCO heritage site and was the capital and commercial center of Asia Minor in the Roman period. It was the beginning and the end of King Road. (One of the three ancient trade routes, the others being the silk and spice roads )of the World. You will have a chance to see beautiful temples, a library (which was the third-largest in the Ancient World), and buildings that were built in the Roman period.

Terrace Houses are also known as “the houses of rich” are located in the ancient city of Ephesus, opposite the temple of Hadrian. It has a remarkable place for us since it gives us very significant pieces of information about roman family life. In Terrace Houses, you will see all parts of the house which is covered by beautiful mosaics and frescos that show us how rich they are, and the heating system same as roman baths.

Sirince is one of the most beautiful villages in the western part of Tukey and is the district of Selcuk town which is the fifth settlement of Ephesus as the last and Modern. It takes approximately 15 minutes to arrive by driving from Selcuk town. On the way to Sirince, you are going to pass through mountains and see really beautiful nature where is recommended by the doctors to live for the people who have breathing problems. When you arrive there, beautiful nature and stone houses are welcoming you with very kind local people by offering you a drink to show their hospitality. Sirince is the place where you can see many wine cellars and restaurants to taste local meals. It is possible to see over 10 kinds of homemade fruit wines to drink and taste.